We provide Thermal Interface Materials with through-plane up to 75W/mK and in-plane up to 1,950W/mK that improves cooling capacity by reducing heat loss 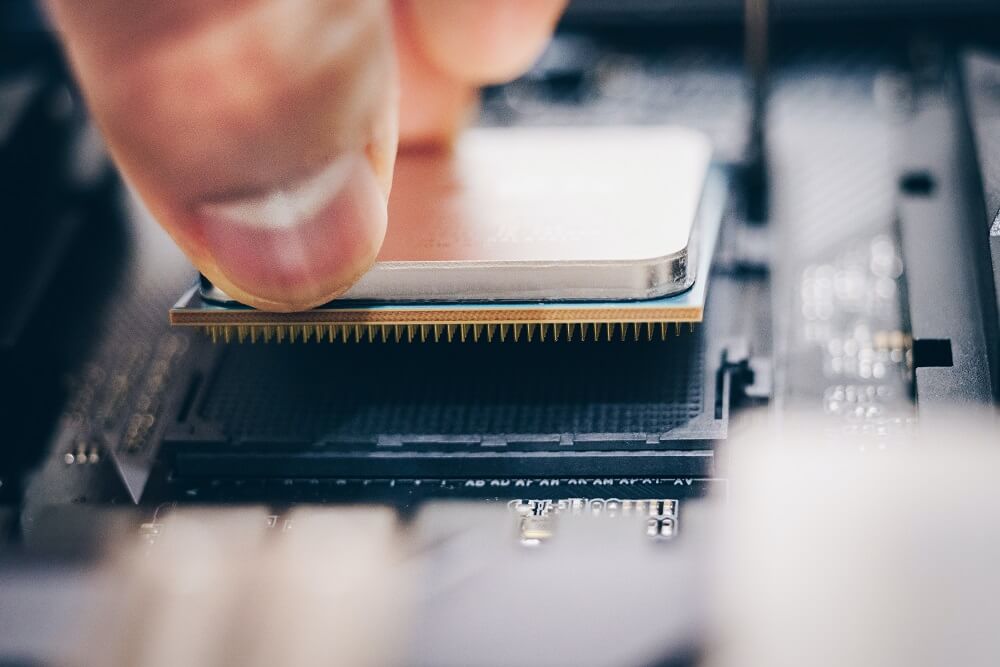 At any point in time devices are electrified if higher power or digital connectivity increases. This heat generated increases greatly which can limit the product’s lifespan. Here we introduce the notion of optimizing the temperature for generating heat.

There are three modes of transmitting temperature of electricity: conduction, convection or radiation. All three methods are used in cooling electronics and their implementation and effectiveness may not always be the same in all applications. Thermal simulations give engineers visual evidence of temperature and air flow inside machines and systems. Most thermal simulation software relies on Computational Fluid Dynamics techniques and simulations can predict the temperatures and flows of an electronic system. Thermal simulations help engineers design & develop the cooling system.

The thermal resistance measured from the junction to the case of a semiconductor device is typically expressed. For example a heat system that is rated for 10 °c /W has 10 °C hotter than the nearby air when it dissipates 1 Watt of power. A lower junction resistance to surrounding resistance indicates a more efficient device. When comparing two devices with different die free packaging thermal properties their junction to. Case resistances can be lowered in these cases. A direct correlation between the comparative efficacity. Some of the semiconductor packages have different orientation dies and different die. Various angles and shapes in different copper and other metals.

A heat pipe of any kind is a heat-transferring device that utilizes evaporation and condensation of a two – phase cooling fluid or coolant to convey large amounts of heat. A typical heat pipe is formed from a transparent hollow tube made from a conductive steel material such as copper or aluminium. The advantage of heat pipes is their very efficient transmission of heat energy. Copper is used if heat pipes must operate below the freezing point in water, and aluminum heat piping is used for electronic cooling in space. The most common heatpipe for electrical thermal management is a copper envelope and coil with water as the working fluid.

Heat pipes transfer heat effectively from heat sources and energy sensitive components away into a fixed array, or a heat sink at another site. Heat pipes are generally integrated into a thermal subsystem to transport heat from the heat source to distant regions. Hundreds of volts of power can be evaporated using forced air convection technique. The highly efficient high-performance power electronics cooler is one type of heat management solution where space can be lacking for a. A hot swath is located next to the heat source and heat pipelines transfer heat around the fins. This uses convection energy to disseminate heat.

Heat sinks are generally used in electronic products and are now fundamental for modern electronics. A heat sink usually consists of a metal building with one or more flat surfaces to ensure good thermal contact with the components to be cooled. Heat Sink is often installed in conjunction with fans to increase the flow rate of air through the heat sink. This is more effective since the heat will be replaced faster than convection would. This referred to as forced air. Heat sinks have become nearly crucial to embedded circuits like microprocessors and power absorbing chips like DSPs, GPUs and others.

Heat sinks function by efficiently switching heat energy from an object at high temperature to another object at low temperature of better heat capacity. This rapid transfer of thermal energy brings the first object into thermal equilibrium with the second which lowers the temperature of the first. The more common design of a heat sink is a metallic device that has many fins. The high heat conductivity of the metal with the wide surface area result in an efficient transfer. This cools the heat sink and any object which the thermal heat contact with. There is also use of fluids to cool air or heating electronics for some applications.

Forced convection heat sink thermal performance is increased by increasing the thermal conductivity of the heat sink materials through the large surface area (usually extending edges, such as fins or foam metal) and increasing the overall. CFD analyses may be beneficial when looking into more complex heat sink geometries or heat sinks with multiple metals or multiple fluids. Online heat sink calculators can accurately assess forced and natural convection of heat sink.

The Peltier products are used to transfer heat from one side to the other. They are cooled via semiconductor principles and there are no moving parts which may cause failure so they are flexible and robust. However, adding a module can increases the cost of cooling the unit as well. It also adds heat to the final application and takes up more power than a fan or a heat sink alone. The addition of Peltiers modules is not ideal for every application but can still prove extremely helpful in higher demanding situations. Taking into consideration costing size, reliability and a power consumption designer can decide which aspects are most important for any particular project taking that into consideration.

Peltier effect is popular for cooling electronic components and small instruments. It has a relatively low efficiency, so is usually used for electronics that require operation when the temperatures are below ambient. Thermoelectric junctions generally have approximately 10% as energy efficiency as the ideal Carnot circuit compared to 40% of conventional combustion cycle systems. In practice, many such junctions have been arranged in series to increase effect on corresponding cooling temperature. This means that a Peltier-sided plate is maintained in a stable state. The effect is used to cool electrical devices such as infra-red sensors. 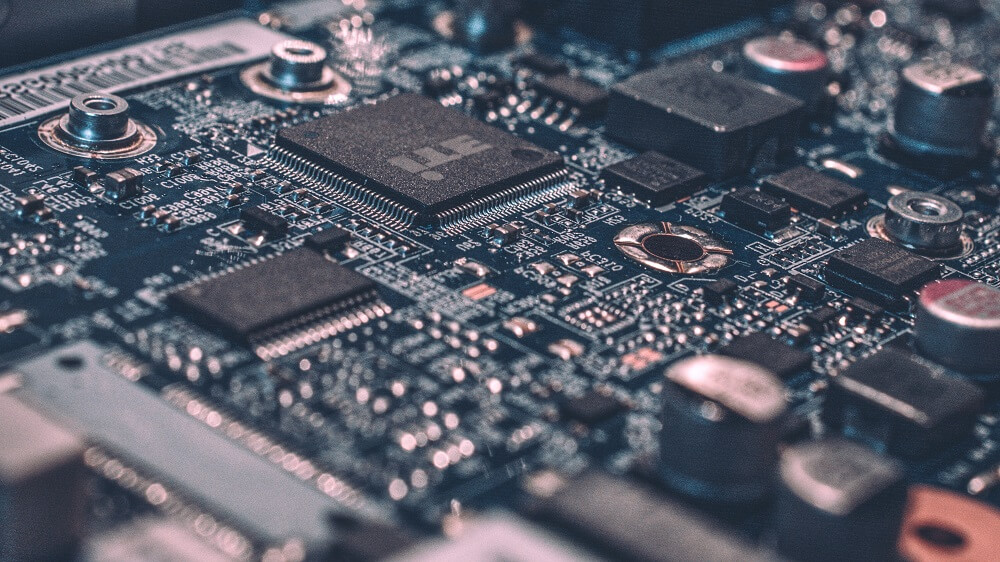 Thermal management simulations give engineers visual evidence of temperature and air flow inside machines and systems. Most thermal simulation software relies on Computational Fluid Dynamics techniques and simulations which can help predict the temperatures and flows of an electronic system. Thermal simulations also help engineers to design and develop the cooling system.

How Thermal Interface Materials can help

Our high-performance thermal management and interface materials solutions are used in diverse consumer products such as PCs, servers, medical equipment, and more. When understanding how our thermal interface materials work and how heat sinks work in isolation, these applications can have more effective and longer performance while still remaining within the heat design limit.

With demands of higher processing speed & power in many electronic devices, more heat will be generated. Removing heat effectively & efficiently is important to maintain the performance of the electronics devices. Some areas of applications includes: 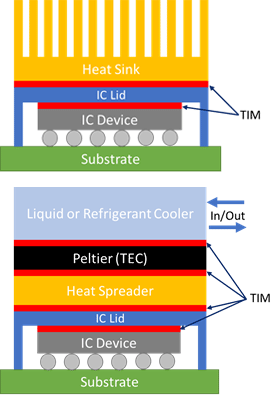